Blog In My Own Words

Wow, this year has been a fucking helluva year.  I know for everyone.  We all had big dreams of doing all the things that happen in a non-pandemic life.  I mean, I don’t really want to get into what I was supposed to be doing, cause it didn’t happen.  But like so many of us, we got things done and some of us even learned new skills; started, ended or rekindled relationships, and whatever else you did during this last year.

This year, has knocked me out in a way that I’ve always anticipated.  August 8th, 2020, my mother transitioned.

Allow me to take a moment to briefly tell you who my mother was:

Born October 10, 1933, she was the sixth of nine kids from Newark, New Jersey, raised as a Moorish Science Temple Muslim before the wave of Nation of Islam swept America. She won Amateur Night at the Apollo when she was 14 years old, but my grandfather wanted her to become a lawyer, and she studied for 3 years to become a lawyer but felt that she could be more help to the world through music.  In 1955, her and her sister formed a duo – The Bey Sisters – and recorded a few singles on Decca Records.  Some time after that, they added my uncle Andy to the group and became, Andy Bey & The Bey Sisters.  They toured the US, even had a residency in the lounge of The Cotton Club in Miami.  Eventually, they made their way to Europe, where they toured France, Germany, London, Italy, Spain for 16 months (they were booked for 8 weeks or something) and signed their first European record deal as a group with Fontana. In Europe, they met George Wein (creator of the Newport Jazz Festival) and he became their manager.  They came home and signed their first US record deal with RCA Victor.  Their first full length album was produced by Chet Atkins (Nashville singer/songwriter and producer for Dolly Parton, Elvis Presley, Waylon Jennings, etc).

Now, Canada calls her their First Lady of Jazz & Blues, but she was far deeper and wider than that. Her first trip to Toronto with her siblings in 1960, changed the course of her life when she met my dad at his after hours club. Moving to Toronto and marrying my dad in 1964, was the start of building her solo career on the jazz club circuit. She was appearing on radio and television as well.  But when she got bit by the theatre bug in 1971, her musical expression broadened.  It started at a place called The Global Village (people like Lorne Michaels and Bob Ezrin came out of there), where she appeared in a show called “Justine”, later became “Love Me, Love My Children” when it went to New York where she won an OBIE award (off Broadway award), for her role as Mother Earth in it. It was around that time that she met Gerome Ragni and Galt MacDermot (the playwright and composer of HAIR) and she was cast in their newest Broadway musical, DUDE, as Mother Earth.  DUDE was a flop on Broadway, but the music was stunning, so Galt MacDermot and his killer band (which included Bernard “Pretty” Purdie on drums and Cissy Houston on backing vocals) recorded an album with Salome called “Salome Bey Sings Songs From DUDE” and many years later she even appeared on the movie soundtrack to HAIR. Somewhere around the time of DUDE, she met Vinnette Carroll (the first African-American woman to direct on Broadway) and lyricist Micki Grant, and Salome was cast in the touring cast of “Don’t Bother Me I Can’t Cope” with Sherman Hemsley and Nell Carter.  This lead to her doing another show with Vinnette on Broadway called “Your Arms To Short To Box With God” where she starred as Mother Mary.  This play won a TONY award (ON Broadway award) and was nominated for a GRAMMY award for the cast album.  After coming home from being on Broadway, she wrote and starred in “Indigo,” a cabaret about the history of Black music. The show, which won two Dora Mavor Moore Awards, was adapted for televison and broadcast on CBC TV in 1984.  She was nominated for a JUNO (Canada’s GRAMMY) and finally, in 2005, she became an honourary Member of The Order Of Canada.

There.  And I’ve only scratched the surface, because literally everyday my sister and I are uncovering more about her that we didn’t know, and if I wasn’t awed before, I’m fucking floored. Bit by bit, day by day, her physical absence is sinking into my reality. And real talk, it fucking sucks.

She had been living with dementia for 16 + years and epilepsy for over 33 years.  Since her passing, my family has uncovered so much of her history and achievements that I never knew, music that my sister and I hadn’t heard in years and music we’d simply never heard; unseen or forgotten video footage, newspaper articles from the 1950s, scripts, journals (one from 1958), books, and other writings and so many connections with living legends (and many that have passed on, themselves).  It has been bittersweet, watching videos of her singing and speaking or reading her thoughts and learning the way her brain worked.   She chose family.  She chose Canada, when there was really no infrastructure for Black artists to thrive.  She was an advocate for creating space for Black voices and stories to exist in Canada.

I exist in all the ways I do, because of her.  I’m really gonna need a moment.  This is hitting me in ways that I never anticipated.  Unearthing some surface and below the surface emotions, habits, beliefs, all the things — dust has been kicked up.  So, gimme a moment.  Before all of this happened, I was teaching myself how to work photoshop, I was starting to dabble in music production, I was making cut & paste collage art, I was deepening my Tarot practice and reading for others.  I needed a moment, but now I’m slowly getting back on the horse. I’m looking forward to sharing the twists and turns of my own fool’s journey through my music, my art, my words and my majick.⠀⠀⠀⠀⠀⠀⠀⠀⠀⠀⠀⠀⠀⠀⠀

Thank you to everyone who has reached out, sent love, flowers, plants, food, support and patience.

Blog In My Own Words News

When I Let You Go

2 Mins read
Blog In My Own Words

The State of SATE: Spirit, Self & Art.

3 Mins read
Blog In My Own Words

1 Min read
Blog In My Own Words

1 Min read
Blog In My Own Words

I AM THE FOOL.

3 Mins read
Blog In My Own Words News 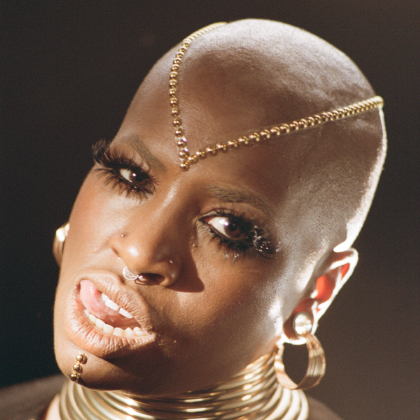